In July 2015, I was approached by our architect, Mr. David Arnold, who said that he thought we would be eligible for a Heritage Lottery Grant. Our Church, St. Michael’s is a Grade II* listed building and it was desperately in need of repairs to the West Wall and the roof. It was very damp and needed a solution. So, I began the project. The Heritage Lottery Fund administrators very kindly gave us a grant of over £116,000. With this money we have done a number of things. 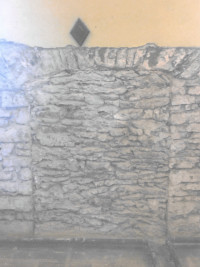 We have had major repairs done to the west wall of the church. It has been re-rendered and painted. Some of the roofs of the church have been repaired and a French drain has been laid all around the outside of the building. This has largely cured the damp problem.

When the render was taken off the walls, an old blocked up doorway was discovered near the back of the West wall. Unfortunately this has been covered up again, but if you look carefully on the outside of the wall you can still see the remains of the old doorway.

However, we have now discovered that the bell is no longer safe to ring and so I aim to get it rehung.

We were going to move the two ancient monuments, that are situated in the vestry along the east wall, but due to the amount of time it needed to get planning we decided to do this at a later date.

We have also put in a kitchen and a disabled toilet. As the church does not have a church hall it was felt that this was doubly needed.

It was felt that when visitors came to the church, they would need assistance to learn more about their spiritual and historical heritage. With this in mind two historical leaflets have been written. One is for adults and the other is for children. A longer historical booklet has also been written that people may purchase for a small amount. The short leaflets are also available on the web site for people to download.


In light of the latest Government advice, we have the following update with regards to events happening in all 3 churches, St Michael’s Llanfihangel-ar-Arth, St. Mary’s Pencader, St. David’s Capel Dewi:

All Sunday and weekday services are officially closed until further notice.

You can check for any news on our Facebook page:  Llanfihangel ar Arth, Pencader & Capel Dewi Group of Churches

At this time, let us trust in God, pray for each other, look out for our neighbour and not lose heart! Let’s keep calm and stay safe. Our God is still in control and He hears our prayers. Be encouraged with these verses from the bible:

Even though I walk through the darkest valley, I will fear no evil, for you are with me; your rod and your staff they comfort me.

Whoever dwells in the shelter of the Most High will rest in the shadow of the Almighty. I will say of the Lord, “He is my refuge and my fortress, my God, in whom I trust.”

God Bless you all 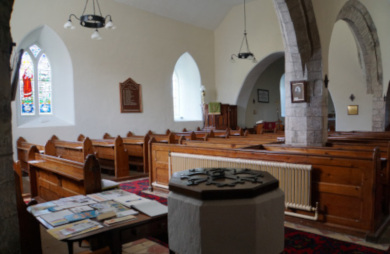 History Leaflet and Quiz
for Children 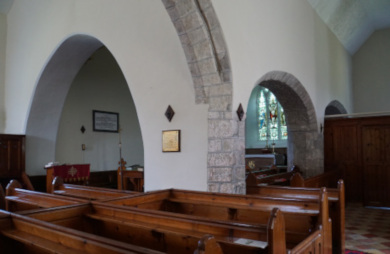